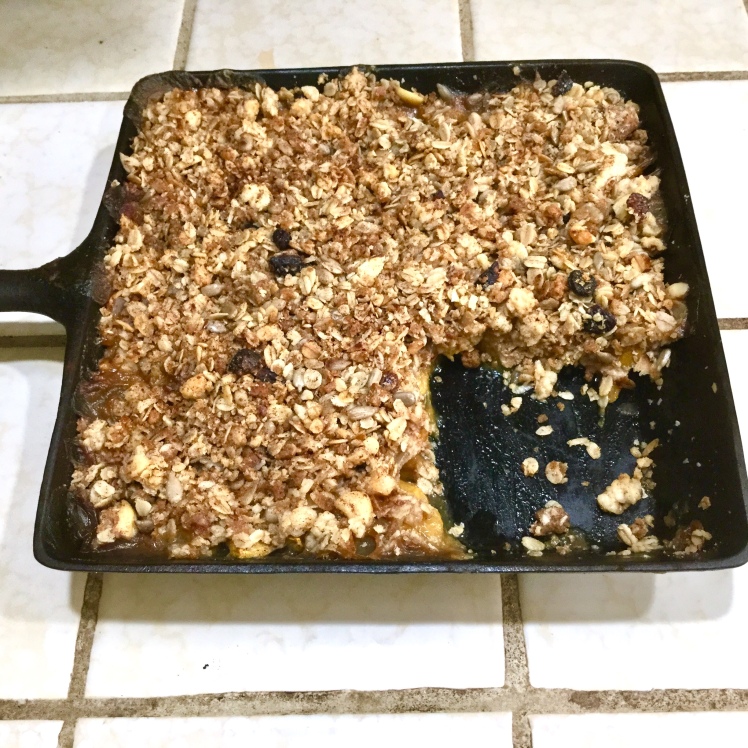 The past few months have been so busy I have not posted many recipes but Summer is here and I finally have some time to experiment with food again! Summer means HOT where I live and that is not conducive to cooking indoors, especially anything involving the oven so I am going to make this the summer of grilling everything outdoors! I have a nice collection of cast iron cookware, mostly from my grandmother (amazing cook) so I’m hoping to channel her skills as I explore the world of cast iron grilling😃. 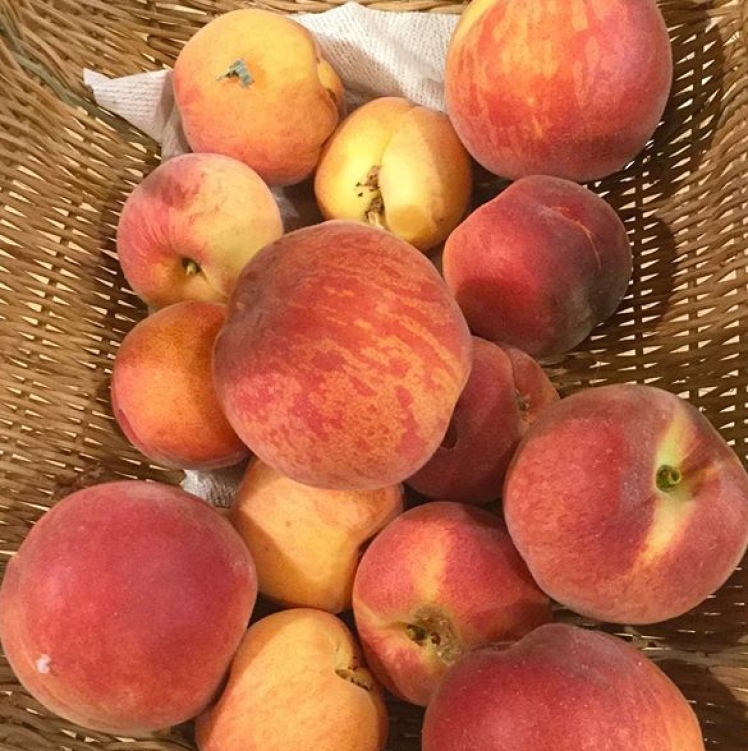 I had an abundance of early peaches this year and wanted to make a peach crisp but no way was my oven getting turned on!  I’ve been grilling flatbread pizzas weekly this summer (see my posts from July 2017) so grilling was on my mind and so was a fresh peach crisp… you see where this is headed, right? 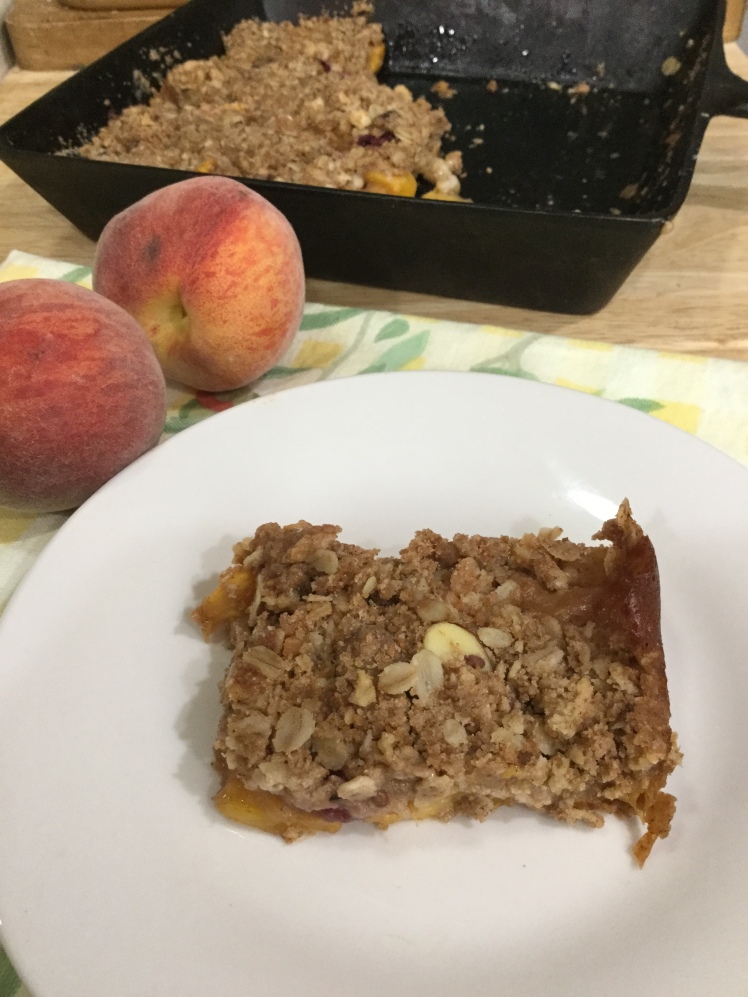 I have now made four different grilled peach crisps and every one of them has been delicious so I am sharing this recipe which can be made gluten-free by using oat and/or almond flour (a mixture of the two is best) instead of whole wheat flour. I also made a vegan version with all coconut oil and another one with half butter and half coconut oil and each one was great so you can easily adapt this to your dietary preferences! It really is fool-proof. On my second one I thought I had turned the burners off on my gas grill and was going to let it cook a few more minutes with no flame but it was, in fact, on low not off, and I forgot about it (hey, it’s summer and I’m a teacher so my brain is off-duty) so the crisp ended up cooking another 20 minutes and it was still delicious. The peaches were just cooked down more, but the topping was NOT burnt even a little bit. My point is, cast iron is the most forgiving cookware and things just don’t burn as easily as glassware in an oven. So get out of the hot kitchen and fire up your grill! 👍

Turn on your grill to medium flame and close the lid. If you have a thermometer you want it to be at about 325-350 degrees when you add the crisp. If no thermometer just preheat about 15 minutes.