If you can get your hands on some Warren pears do so immediately and you will be in for the best tasting pears on the planet! A cross between the Seckel pear and the Comice pear, it has thin, edible skin, smooth, ungritty flesh and a flavor full of honey, vanilla and heaven! Seriously, we discovered we had a Warren pear tree growing in the school garden this year when, for the first time (it is 4 years old), it bore a huge crop of  big, juicy pears that were so good the children AND their parents were fighting over them! I researched Warren pears and discovered they are considered one of the best pears around, but we had already figured that out.

One article I read claimed this pear was discovered by Thomas Oscar Warren growing naturally outside a post office in Hattiesburg, MS. It was known as the Post Office pear for awhile before taking on its founder name.  However it was developed, it is truly a fabulous pear. The tree is self-pollinating, very resistant to blight (a big plus), super hardy and grows very fast and tall.  To anyone who grows fruit trees, this one is a must-have! I’ve already ordered one from our nursery for my own garden👍.

These pears are fantastic just by themselves, but I wanted to save some of their yumminess for later so I made a pear butter that is incredible… and super easy to make. I canned some for later but you could freeze it, too. It will also last a few weeks in the fridge, if you can resist eating it immediately. If you cannot find Warren pears, use Comice, Seckel or Anjou pears. I would not recommend Bartletts just because they are much grittier and do not have the complex flavors of other pears that make this Pear Butter so irresistible. 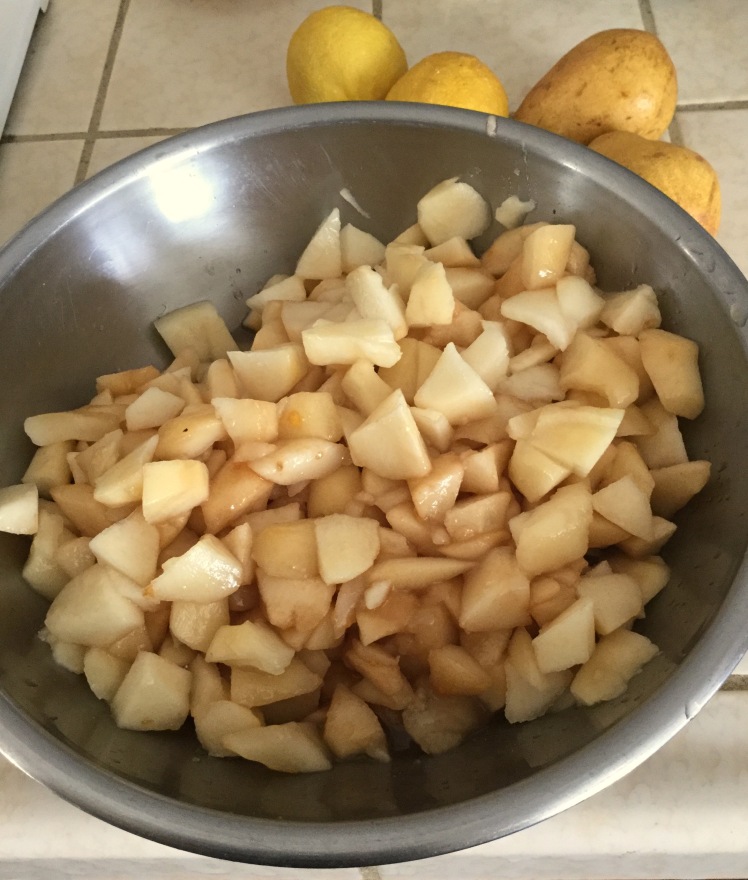